Well Spring has come, the clocks have gone forward and I have been waking up to bird songs. Now all we need are the arrival of Swallows & Swifts which won’t be long now.

At the beginning of March I was watching birds in the garden and noticed The Great Spotted Woodpecker was back on the coconut feeder. Only this wasn’t the usual female it was a male, The male doesn’t normally come to the garden that often so it was great to see him back at the feeder.

I looked up at the high tree and noticed a flock of small birds, I looked up through my telescope and noticed they were in fact Goldfinches they stayed for a few minutes before flying off.

I recently went back to Musselburgh Lagoons as it had been awhile since I been there. It was a beautiful sunny day so it was the perfect day to be out Birding. I went to the big Lagoon were there were Mute Swans & Black Headed Gulls. It was very peaceful until someone’s dog came and scared off the Swans. 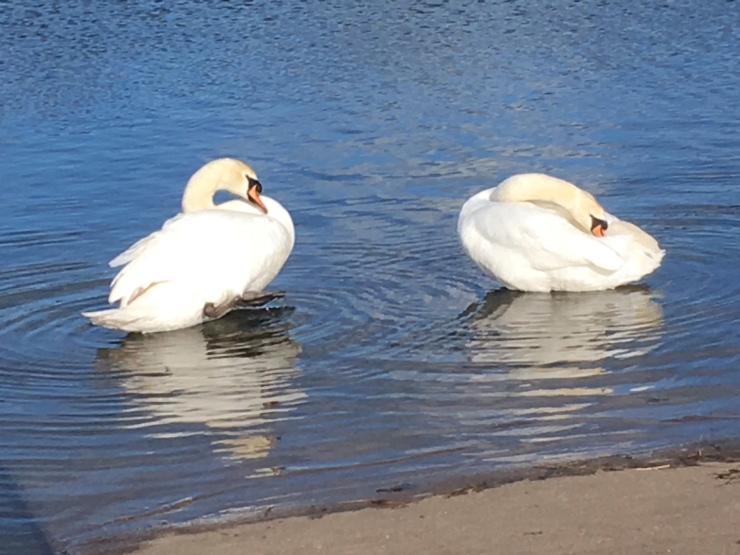 I then headed to the Bird reserve there were there are different hides, they are concrete hides and so are not the easiest to sit in as you have squeeze yourself in but anyway enough ranting I sat myself down and saw lots of Oystercatchers, Teals, Black Headed & Herring Gulls, Curlews, Tufted Ducks, Redshanks and even a Pheasant called.

A few weeks ago I thought I’d catch the 43 Bus to go to Queensferry and go Birding. It was nice walking along the beach and saw Oystercatchers and a few Herring & Black Backed Gulls it was a lovely afternoon.

Not bird related but during March whilst walking to work I was admiring the flowers which brightened up a wet and a nice sunny morning.

I have some Birding outings planned for April so I’ll look forward telling you all about it in the next blog until then Happy Easter.