Well that’s January over with, it’s the month most people hate I do too you just feel low but this time I did something I have never done before and that’s to get away from it all. My family & I went to Lanzarote it did feel weird packing shorts, tshirts & sandals at this time of year but of course I packed my trusted binoculars, notebook & my Canary Islands Bird books. When we arrived and sat at the balcony I was greeted by the sound of Ringed Necked Parakeets though over there they are known as Rose Ringed Parakeets I saw them fly past and thought this going to be nice and every morning I was greeted by their calls. They were not the only birds there, there were Pigeons too I know what you’ll be thinking ‘Pigeons boring’ but I can tell you they were not at the least bit boring they were African Collared Doves I remember seeing them a few years ago in Forteventura but I still enjoyed watching them.

One day during the week I looked at a palm tree and a Rose Ringed Parakeet happened to fly by and sit on it feeding, it gave me the perfect opportunity to take photos and a video. 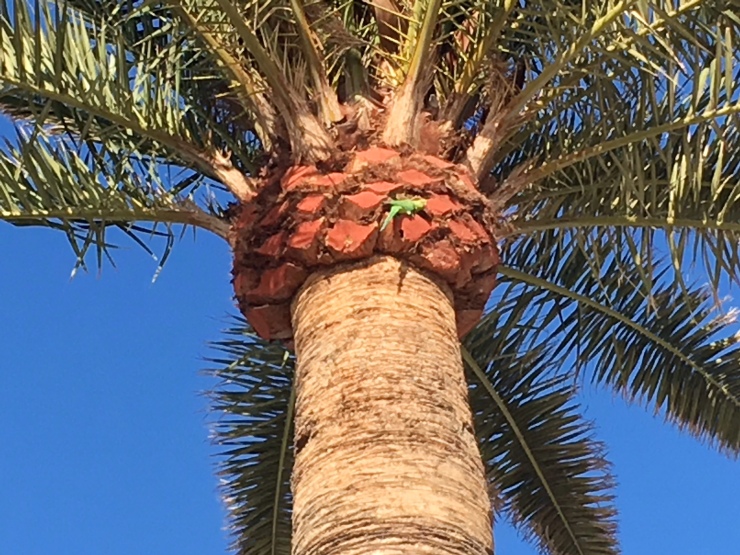 The next morning after getting dressed I looked out the window and couldn’t believe my eyes, two Rose Ringed Parakeets were sitting on a branch right across from my window I immediately took a photo and a video I couldn’t believe my luck but it turned out to be one of my favourite picture I took on holiday. 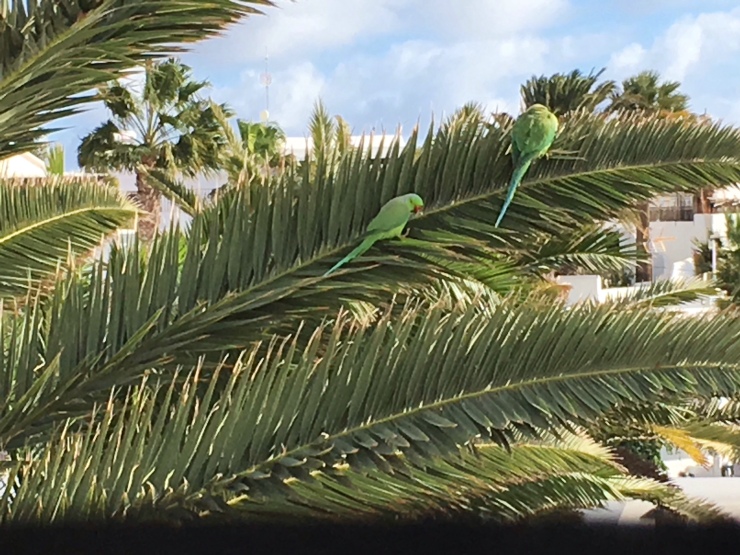 It wasn’t just birds I was admiring in Lanzarote there were other wildlife too, the water was so clear you could see fish swimming and I saw a lizard too.

The day before we went home we went on a actual Yellow Submarine Safari trip, it was my first time ever on a Submarine and I absolutely loved watching Sea Urchins & other fish swimming about and two divers came and fed the fish so we could take great photos.

It felt strange coming home after being away in sunshine and heat you forgot it was still only January and it felt like June we heard back home there was snow and quite bad snow too but as we were on the taxi heading home most of the bad snow had gone but still had snow few days after coming back.

I hope last weekend you took part in The RSPB’s Big Garden Birdwatch, I did mine on the Saturday, the forecast wasn’t looking good at the weekend and I thought I’ll hang on and do it on Monday since it was the best of the days to do it but Saturday morning was dry and calm. Sadly it wasn’t the best Garden Birdwatch this year as I saw very few birds. During my hour from 10.43-11.43am I saw 5 Magpies, 1 Bullfinch, 1 Woodpigeon, 1 Great Tit & 1 Blackbird it may not have been the best result I have had previously but every data counts in the Birdwatch and I look forward doing it again next year with hopefully more birds. 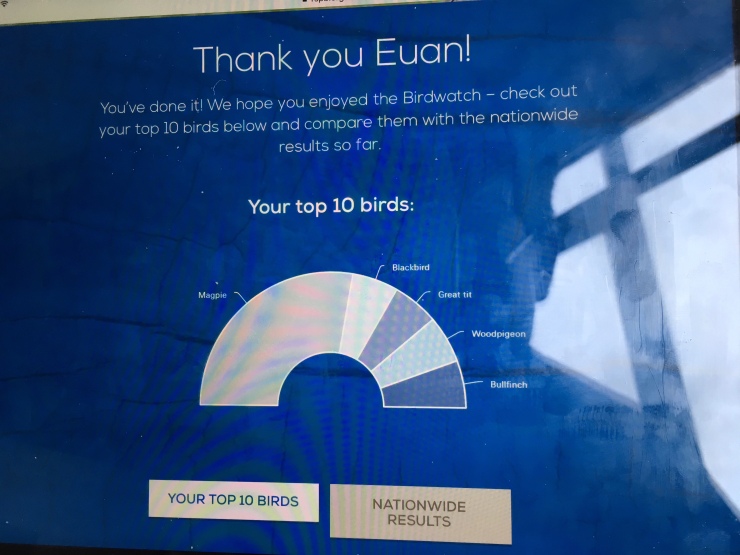 This February I will be celebrating 16 years as a birder and I will go back to my first local patch were I started my Birding at The Botanic Gardens in Edinburgh so I’m looking forward to that and going to other places, until then have a great month.