After the Christmas break it was great to get back out Birding in 2019. I started my Birding of the year to a visit to Figgate Park which is a great place. It wasn’t just the birds I was there to see, on Twitter and Facebook I heard that Otters had been spotted there and some people managed to get great shots. Whilst I was looking at Gooseanders,Moorhens, Mute Swans, Mallards etc sadly the Otters were a no show but I think it was because it was rather windy that day but it was still a enjoyable day.

A few days later I visited Blackford Pond, I was here on a Twitch as well because a Teal had been spotted there. I have seen Teals many times but never seen one at Blackford Pond. When a new bird visits Blackford Pond many twitchers go and hope to spot the birds and I have to say I too have been successful seeing them, first was The Mandarin Duck then The Ring Necked Duck so I was pretty certain I would spot The Teal. On my arrival I spotted a Buzzard above me soaring away and calling before it got mobbed by angry Crows and flew off. After a hour or so watching many Black Headed Gulls, Tufted Ducks, Mallards & Mute Swans I thought I have been unsuccessful seeing The Teal and as I was at the end of the pond it suddenly appeared so I started walking back following it and filming it before it disappeared so another successful Twitch at Blackford Pond.

The following weekend I headed to Musselburgh to The River Esk and as you have read in my previous blogs I do enjoy Birding here. On my arrival I saw lots of Canada Geese and different types of Gulls because a family were feeding them so I walked on, I spotted a Goldeneye through my Binoculars so I thought I’d go and take a closer look. It wasn’t just one I saw but lots of Goldeneyes male and female. I thought to myself I don’t think I have ever seen that many Goldeneyes before because normally on The River Esk at this time of year I normally see one or two so it was a great day Birding.

The following weekend I decided to stay home because it was a important one it was the weekend of The RSPB’s 40th anniversary of The Big Garden Birdwatch. I did mine on the Sunday because Saturday was dull and wet and Sunday was a better day, I decided to do my Birdwatch in the Summer House I thought I’d be closer to the birds without disturbing them. It was a great hour my results were from 10.40-11.40am 3 Robin, 1 Great Spotted Woodpecker, 1 Feral Pigeon, 7 Blue Tit, 7 Coal Tit, 4 Great Tit & 5 Woodpigeon.

I have just come back from a great holiday in Funchal in Madeira and had a great time. On the Tuesday I went on a half day Birding trip organised by Madeira Wind Birds, they were excellent and on that half day trip saw lots of birds and some were new to me. On the trip we saw Trocaz Pigeon, Blackcap, Firecrest, Chaffinch, Buzzard, Spectacled Warbler, Swift, Kestrel, Berthelot’s Pipit, Egret, Turnstone, Waxbill, Muscovy Duck & Canary. The rest of the week I saw lot more Muscovy Ducks & Pigeons but I really loved it there and hope to go back soon. 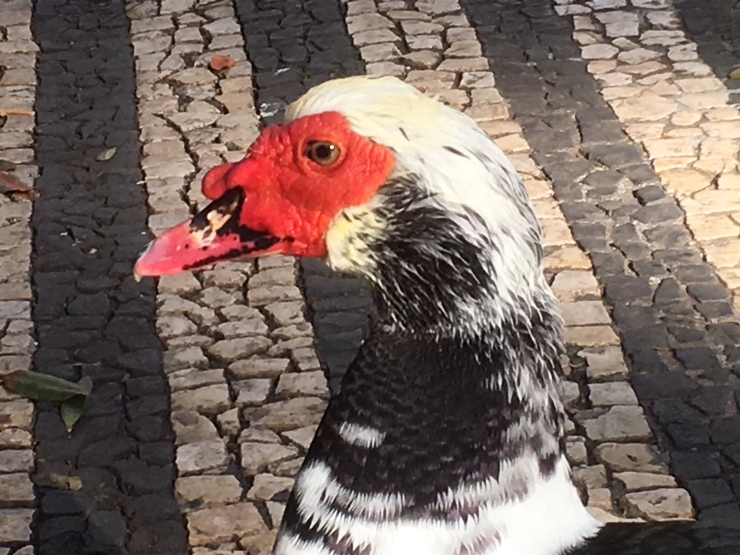