It doesn’t seem that long ago I was writing my last blog, the month of May just flew in but I do have a few stories to tell.

I went to a new park in Edinburgh which I have never been before, it is called Lochend Park. When I arrived the place was very busy but that’s because the sun was out and the pond looked fantastic. 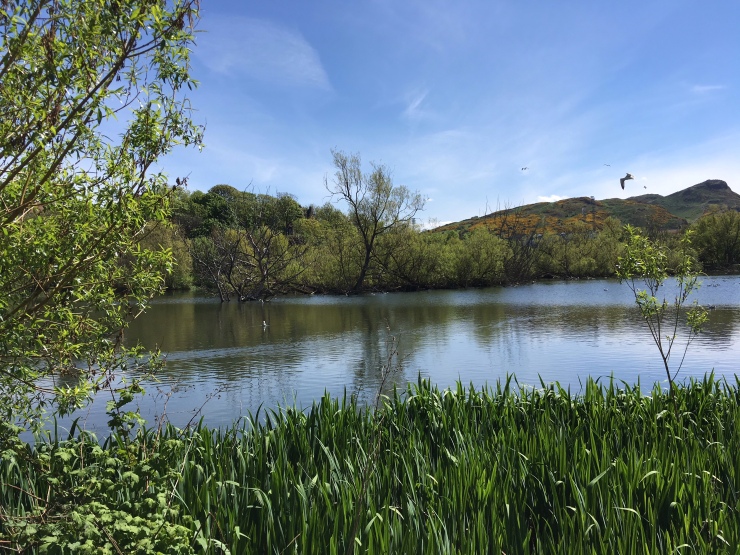 I took my time going round the pond it was mainly full of different species of Gulls but there were a few Canada Geese around. I was looking at a few Pigeons when I noticed a Heron nearby, it kept flying off in different parts of the pond, it did fly out of sight but then I saw Canada Geese with their chicks it was a lovely sight. I watched them swim down the pond and suddenly the Heron appeared again, I thought oh oh it’s going to go for one of the chicks, luckily it didn’t so The Canada Geese family were safe. 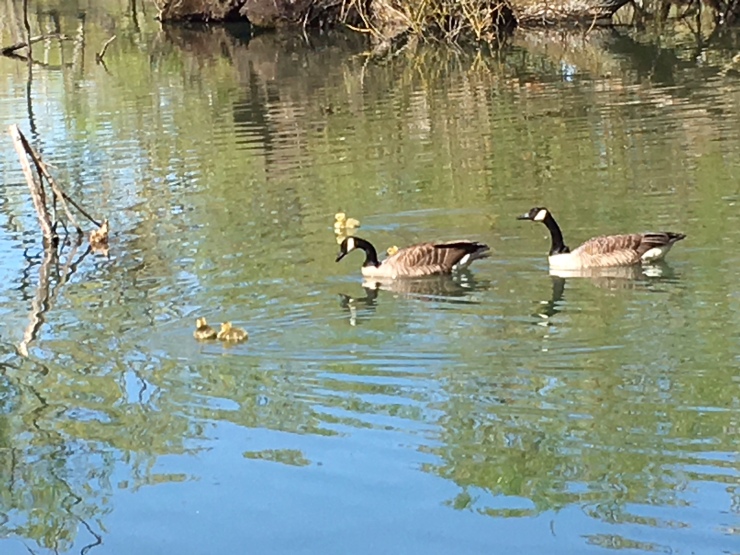 The Heron flew quite close to were I was so I managed to get a photo of it. 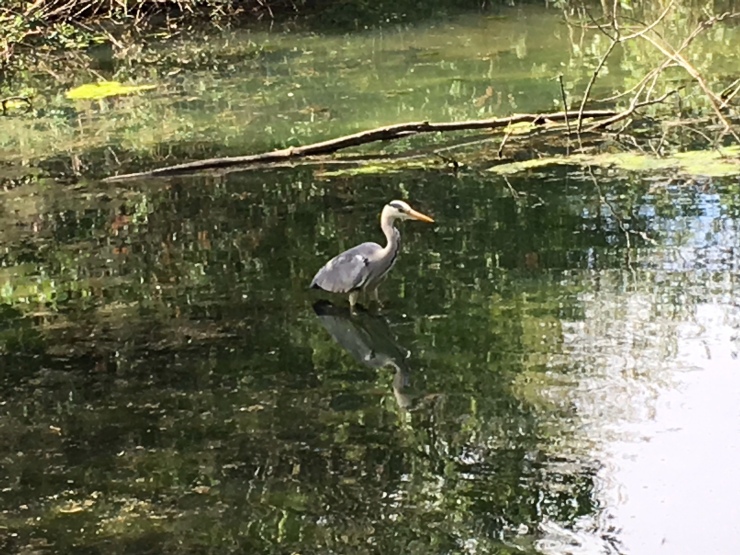 I continued on with my walk round the pond and near the end of the day I saw Mallards with lots of Ducklings which I thought that is a good number and hope nothing awful happens to them. 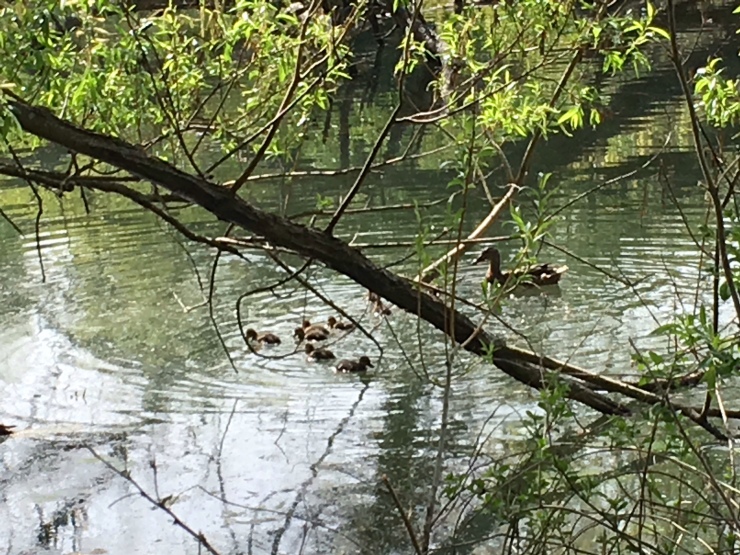 Like last year there have been lots of Starlings around the area and in the garden, they never come to the garden throughout the year only around May they appear. They really love my coconut feeder. 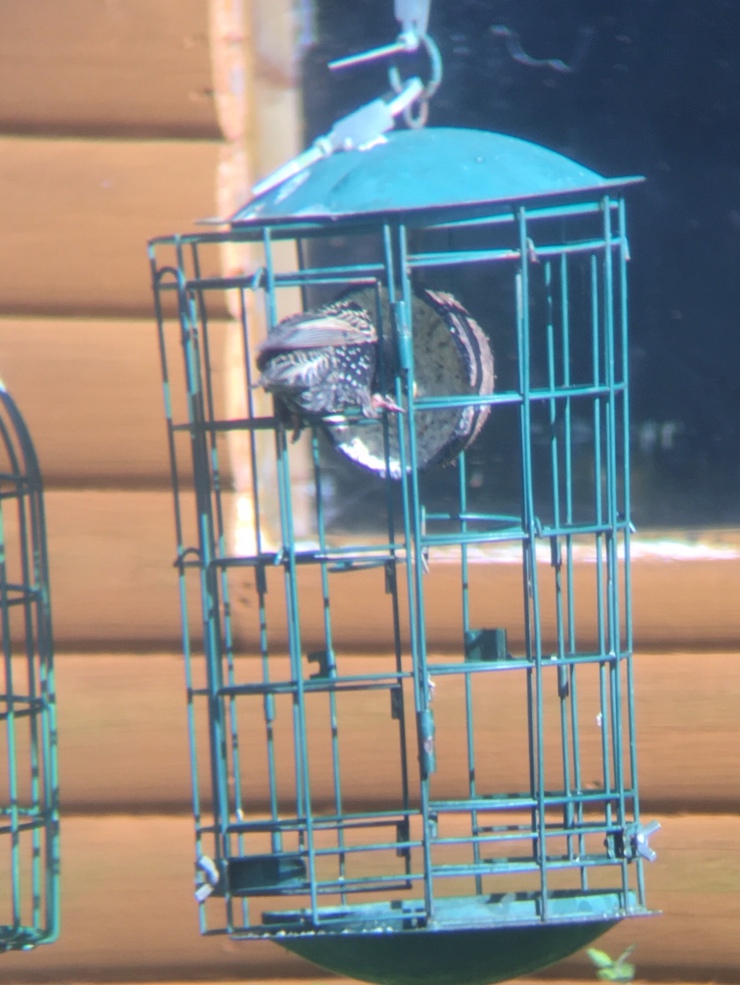 But I did manage to get close up of them not on the feeder. 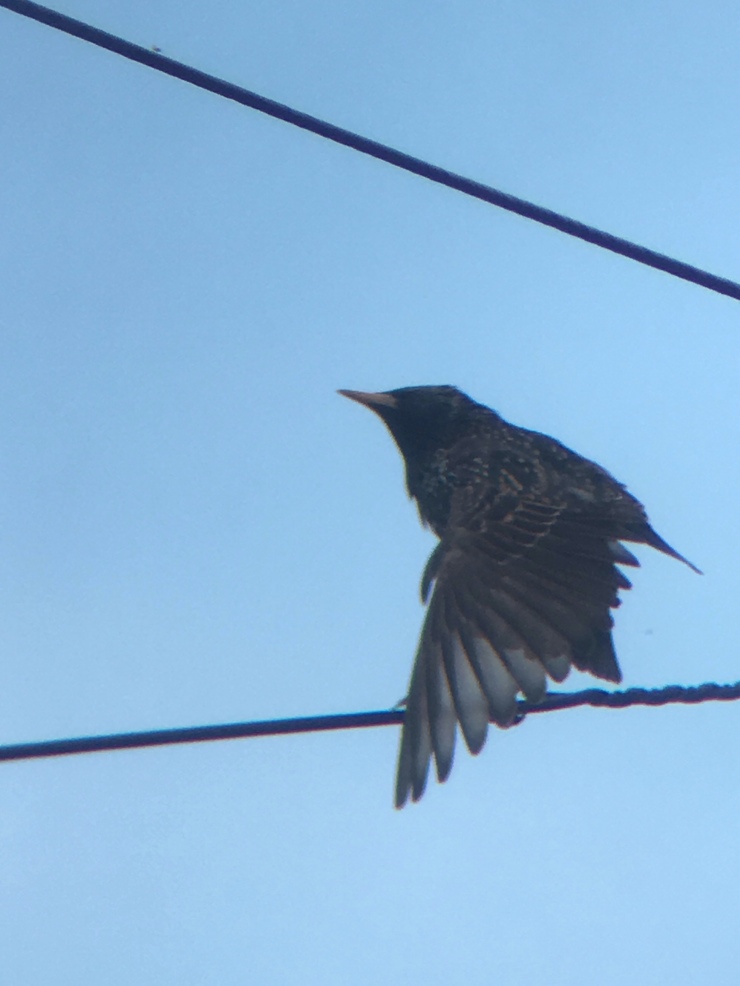 As you knew from my last blog The Great Tit family returned to The Camera Nestbox, every day I would switch the tv on and turn it on to the camera. Let’s face it watching live camera of nature is better then watching these countless cooking shows, anyway The Great Tit laid six eggs but unfortunately one didn’t hatch but five of the eggs did. 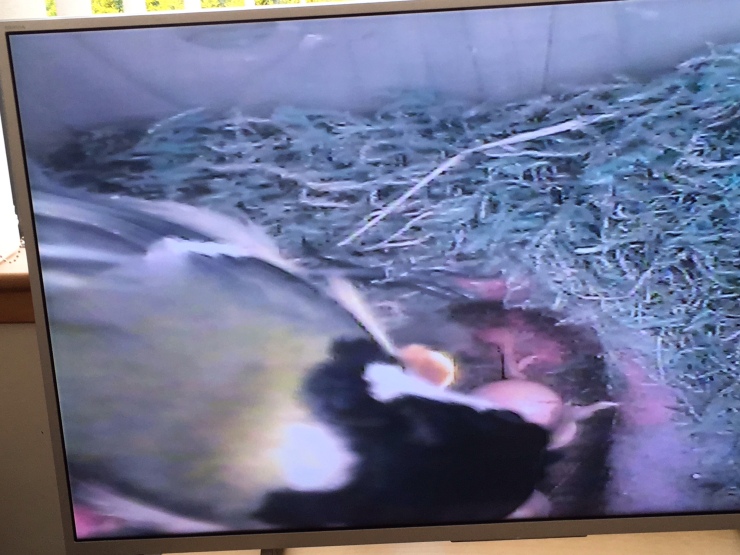 The parents were really busy going in and out feeding the chicks, as the weeks went on the chicks grew really fast, almost each day they’d look different everyday and one point they became that big that the mum had difficulty sitting on them at night. 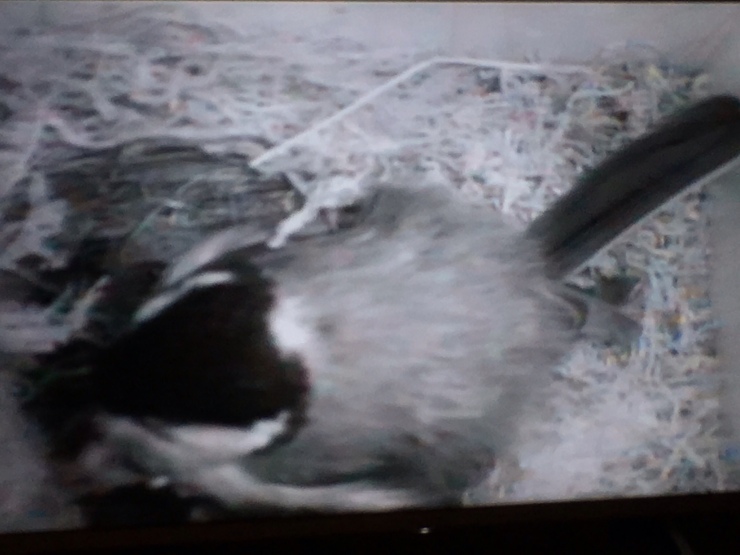 Sadly one morning I noticed two chicks looked dead, the others were moving but these two were lifeless it was a real shame. I wish I could have a happy ending but each day another one died followed by another when finally it was down to one chick. He looked very lively but unfortunately he died too, all the chicks sadly didn’t make it so my time of watching The Great Tits on tv came to a end. The reason I think they all died the parents must have had difficulty finding the right food even though they were feeding them no doubt about it but I think with this warm dry weather we have been having they could not find the right food. It was a real shame and I just hope next year she will return and start another family and fingers crossed it’s more of a success. 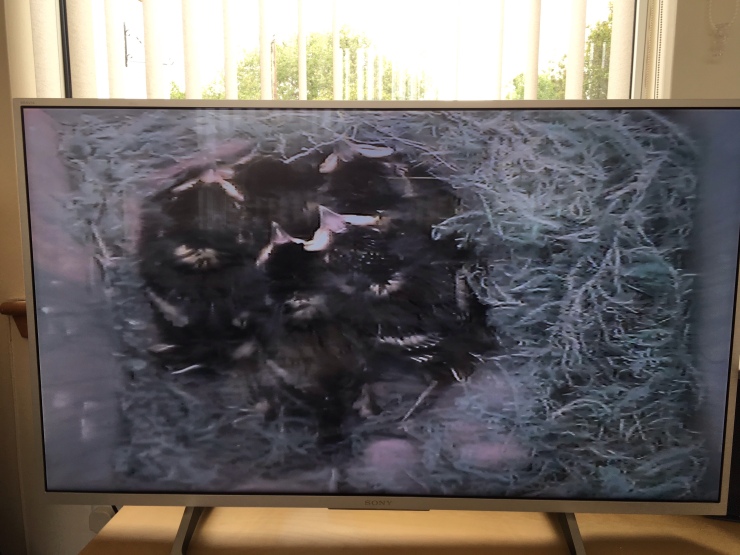